🎉 Read the follow-up to Herding Elephants, an overview of how Square, a large build, stays performant in Stampeding Elephants. 🎉

The following is a summary of the major differences between Gradle and Apache Maven: flexibility, performance, user experience, and dependency management. It is not meant to be exhaustive, but you can check the Gradle feature list and Gradle vs Maven performance comparison to learn more.

Google chose Gradle as the official build tool for Android; not because build scripts are code, but because Gradle is modeled in a way that is extensible in the most fundamental ways. Gradle's model also allows it to be used for native development with C/C++ and can be expanded to cover any ecosystem. For example, Gradle is designed with embedding in mind using its Tooling API.

Both Gradle and Maven provide convention over configuration. However, Maven provides a very rigid model that makes customization tedious and sometimes impossible. While this can make it easier to understand any given Maven build, as long as you don’t have any special requirements, it also makes it unsuitable for many automation problems. Gradle, on the other hand, is built with an empowered and responsible user in mind.

Improving build time is one of the most direct ways to ship faster. Both Gradle and Maven employ some form of parallel project building and parallel dependency resolution. The biggest differences are Gradle's mechanisms for work avoidance and incrementality. The top 3 features that make Gradle much faster than Maven are:

These and more performance features make Gradle at least twice as fast for nearly every scenario (100x faster for large builds using the build cache) in this Gradle vs Maven performance comparison. 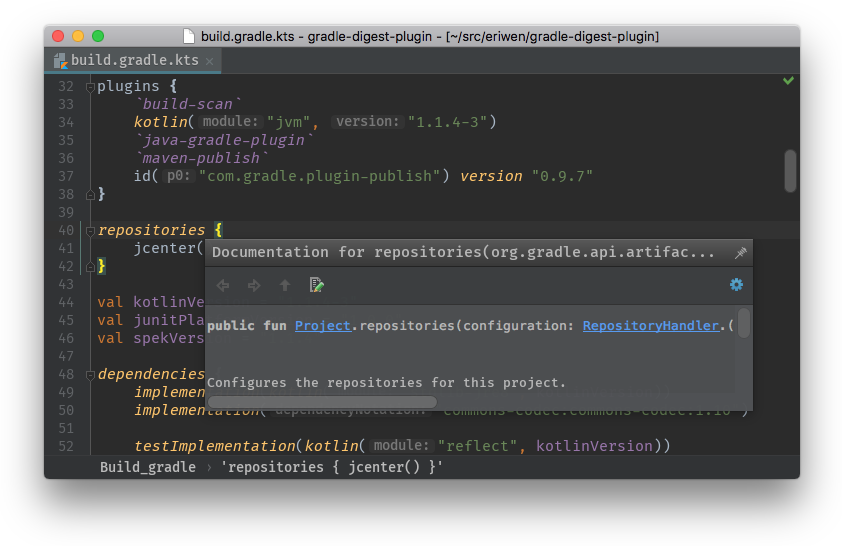 Maven's longer tenure means that its support through IDEs is better for many users. Gradle's IDE support continues to improve quickly, however. For example, Gradle now has a Kotlin-based DSL that provides a much better IDE experience. The Gradle team is working with IDE-makers to make editing support much better — stay tuned for updates.

Although IDEs are important, a large number of users prefer to execute build operations through a command-line interface. Gradle provides a modern CLI that has discoverability features like `gradle tasks`, as well as improved logging and command-line completion.

Finally, Gradle provides an interactive web-based UI for debugging and optimizing builds: Build Scan™. These can also be hosted on-premise to allow an organization to collect build history and do trend analysis, compare builds for debugging, or optimize build times. 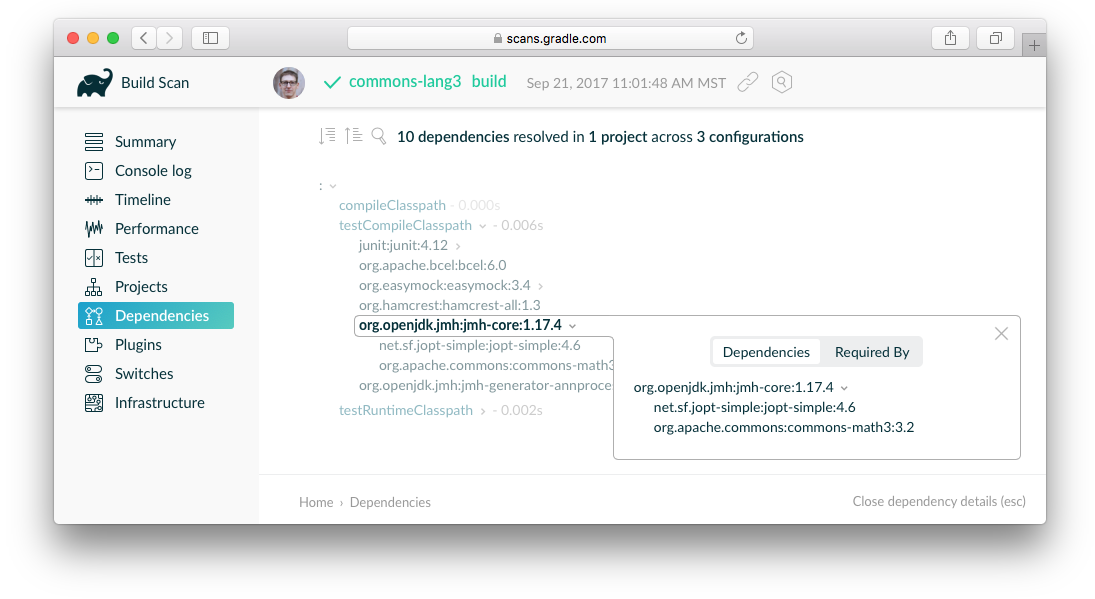 Both build systems provide built-in capability to resolve dependencies from configurable repositories. Both are able to cache dependencies locally and download them in parallel.

As a library consumer, Maven allows one to override a dependency, but only by version. Gradle provides customizable dependency selection and substitution rules that can be declared once and handle unwanted dependencies project-wide. This substitution mechanism enables Gradle to build multiple source projects together to create composite builds.

Maven dependency conflict resolution works with a shortest path, which is impacted by declaration ordering. Gradle does full conflict resolution, selecting the highest version of a dependency found in the graph. In addition, with Gradle you can declare versions as strictly which allows them to take precedence over transitive versions, allowing to downgrade a dependency.

As a library producer, Gradle allows producers to declare `api` and `implementation` dependencies to prevent unwanted libraries from leaking into the classpaths of consumers. Maven allows publishers to provide metadata through optional dependencies, but as documentation only. Gradle fully supports feature variants and optional dependencies.

We recommend you look more in-depth at Gradle's features or start with these resources.