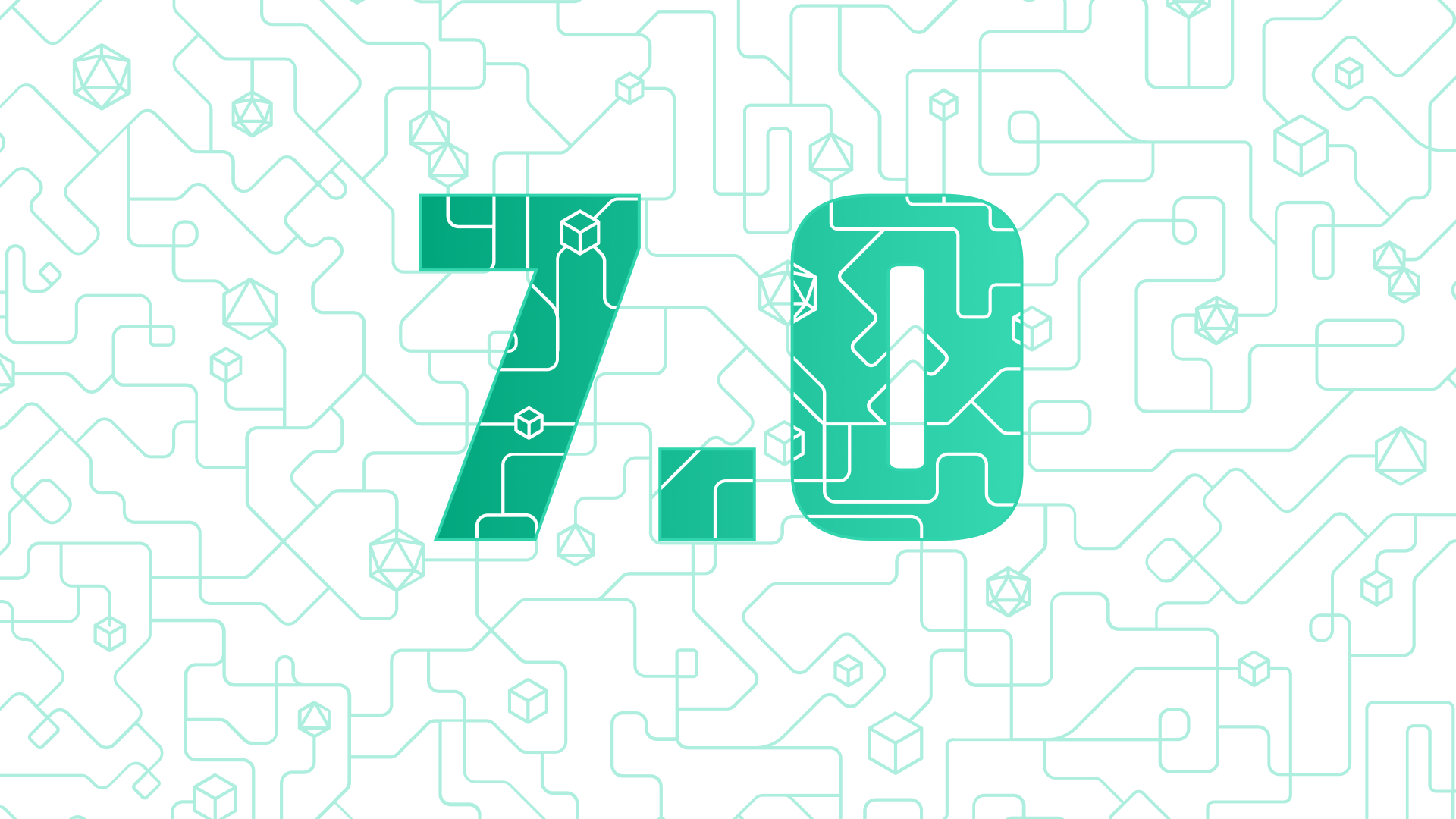 Gradle 7.0 is the next step in Gradle’s evolution in build automation and developer productivity. Here are the interesting changes from Gradle 6.0 to 7.0.

Upgrade now to try them with your build or start a new project with Gradle.

Getting started with Gradle

The built-in init task can be used to quickly create a new Gradle build or convert a Maven build to a Gradle build.

Gradle generates projects with the latest recommended build authoring practices. Generated builds demonstrate the use of buildSrc for sharing common build logic and you can generate a multi-project build for JVM languages.

For projects being converted from Maven to Gradle, Gradle has support for generating Groovy DSL and Kotlin DSL scripts.

Gradle provides an index of samples to demonstrate different kinds of projects that can be built with Gradle.

The samples also show common problems that can be solved using the Groovy or Kotlin DSL, like adding integration tests to a Java project. 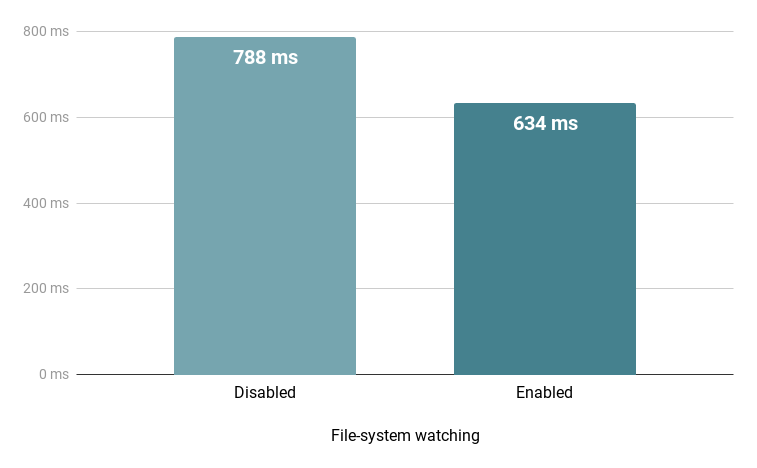 As of Gradle 7.0, this optimization is enabled by default on all supported operating systems including recent versions of Windows, Linux, and MacOS.

When changing shared build logic such as code in the buildSrc directory, Gradle can also completely skip compilation of unaffected build script files. 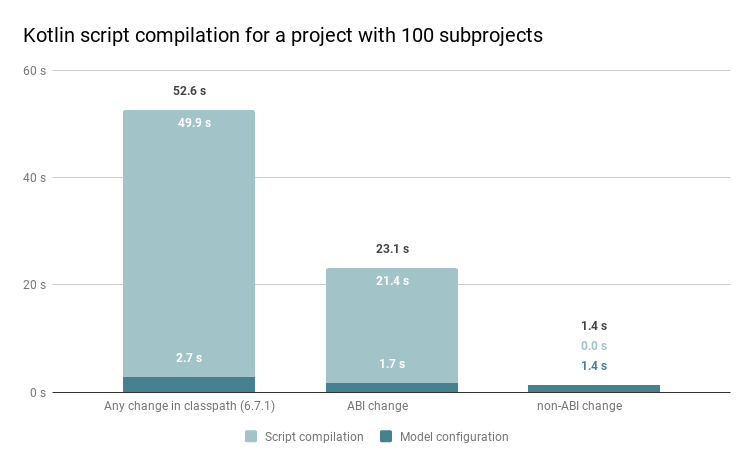 Gradle contains several changes to increase the hit rate from the build cache by selectively ignoring various changes that do not affect the behaviour of the system such as empty directories, comments or whitespace in property files and others.

Before running any task, Gradle needs to run the configuration phase. Currently, this is done on every build invocation and can cause a noticeable delay, especially in large projects.

In addition, more work is executed in parallel when using the configuration cache, accelerating the execution phase of the build too.

Note that this feature is currently experimental, not enabled by default, and not supported by all core plugins as of Gradle 7.0.

Learn more about this new feature and its impact in the configuration cache documentation.

For builds relying on a version of PMD older than 6.0.0, you will need to explicitly disable incremental analysis.

Ephemeral build machines pay a high cost when they re-download all dependencies used by the build. Gradle 7.0 has the following features to limit the impact to these kinds of builds by reusing the dependency cache across machines.

Note that creating the cache and consuming it should be done using a compatible Gradle version.

Gradle offers the ability to share a dependency cache between multiple Gradle instances.

This makes it possible to have a single shared directory that contains the dependencies required by all builds.

Refer to the user manual to learn how to set up the shared dependency cache.

By default, Gradle uses the same Java version for running Gradle itself and building JVM projects, but this is not always desirable.

Building projects with different Java versions on different developer machines and CI servers may lead to unexpected issues. Additionally, you may want to build a project using a Java version that running Gradle is not compatible with.

Gradle provides a way to set up a toolchain to use to build and test your project through the java extension:

Gradle will detect local Java installations and other common installation locations from popular package managers like asdf-vm, jabba and SDKMAN!. If no matching Java version is available locally that matches the requirements of the build, Gradle will download a matching JDK from AdoptOpenJDK’s website.

See the toolchain documentation in the user manual.

Gradle supports the Java Module System with everything you need to compile and execute tests for Java modules.

Builds sometimes require users to supply credentials. For example, credentials might be required to authenticate with an artifact repository in order to publish an artifact. It’s a good practice to keep credentials outside the build script.

Gradle has an API that makes working with credentials easier by establishing a convention to supply credentials using Gradle properties that can be provided to the build as command-line arguments, environment variables, or as values in a gradle.properties file. It also introduces fail-fast behavior when Gradle knows that the build will need credentials at some point and the credentials are missing.

For more details on using the new API to authenticate with artifact repositories, see the user manual section as well as an updated sample.

Tasks can be executed for included builds from the command-line

Gradle allows users to execute tasks from included builds directly from the command line. For example, if your build includes my-other-project as an included build and it has a subproject sub with a task foo, then you can execute foo with the following command:

Note, unlike a multi-project build, running gradle build will not run the build task in all of the included builds. You could introduce task dependencies to lifecycle tasks in included builds if you wanted to recreate this behavior for included builds.

Previous versions of Gradle used one file per configuration. Gradle will automatically migrate to the single lock file.

Typical projects use a large number of external dependencies which put them at risk of using untrusted code. For example, someone may accidentally introduce a malicious code via a transitive dependency. Similarly, your build script itself may be vulnerable to malicious code execution via a compromised plugin.

By enabling dependency verification, Gradle will:

and therefore reduce the risks of shipping malicious code to production.

Refer to the user manual for a complete explanation about how to set up dependency verification.

Gradle lets you declare which repositories should be searched for specific dependencies.

Gradle also lets you declare exclusive content that can only be found in one repository and it shouldn’t be searched for in any other.

Refer to the user manual for details.

Verifying the integrity of Gradle Wrappers

The Gradle Wrapper is a binary blob of executable code that is checked into millions of GitHub repositories. There are security implications when accepting changes to gradle-wrapper.jar that may not be apparent.

We have created an official GitHub Action that allows projects on GitHub to automatically verify that the gradle-wrapper.jar in their repository was released by Gradle.

You can still manually verify the gradle-wrapper.jar by following the instructions in the user manual.

To mitigate this problem, Gradle lets you declare consistency between dependency configurations so that the version of common dependencies between one classpath and the other are aligned.

Conveniently define repositories for the whole build in settings.gradle (.kts):

You can learn more about declaring rules globally in the user manual.

There are a number of ways to share dependency versions between projects in multi-project builds. For example, users can declare versions or dependency coordinates directly in build scripts (in the ext block), external files (e.g dependencies.gradle), in buildSrc or even dedicated plugins. There wasn’t, however, any standard mechanism to do this which would combine the advantages of each approach.

Gradle introduced experimental version catalogs to enable build authors to centralize the dependency coordinates (group, artifact, version) of their third party dependencies in a conventional configuration file and declare the actual dependencies in a type-safe way.

Gradle has an experimental feature for type-safe project accessors which enables code completion in IDEs for declaring dependencies on other projects.

Gradle provides a DSL construct in the settings file for including plugin builds.

Builds included like that can provide both project and settings plugins.

The above example assumes that the included build defines a settings plugin with the id my.settings-plugin.

Script plugins are a convenient way to split up and organize a long build script, but they have some limitations and quirks.

Precompiled script plugins look like regular build scripts but have all of the advantages of binary plugins. They can:

Precompiled script plugins can be written using the Groovy DSL and Kotlin DSL.

Precompiled script plugins are covered in more depth in the user manual. There is also a sample that demonstrates the feature in action.

Included builds are visible to buildSrc

We recommend that builds use the specially named buildSrc build to organize imperative and common build logic.

Sometimes, you may also need to share build logic between buildSrc itself and your root build. In the previous releases, that was not possible because buildSrc could not access build logic from other included builds.

In order to support JDK 16 and keep up to date with the latest Groovy release, Gradle has been upgraded to use Groovy 3 in Groovy DSL build scripts. Groovy 3 comes with a new parser and host of other new features and capabilities that make interoperability with new Java features easier.

There are some incompatibilities between Groovy 2 and 3, that may cause issues when upgrading to Gradle 7.0.

You may be affected by the Groovy upgrade if:

You should not be impacted by the upgrade if:

Refer to the Gradle upgrade guide to learn more about upgrading your build and plugins to be compatible with Groovy 3.

In order to learn more about the improvements and new features in Groovy 3.0, refer to the Groovy project’s release notes.

We’ve provided a document to help you upgrade from Gradle 6.x to Gradle 7.0. If you’re using something older than Gradle 6.0, you may want to see all the new things in Gradle 6.0 first.

Before upgrading, we recommend you:

You can share feedback with the Gradle team via @gradle on Twitter. Go forth and Build Happiness!